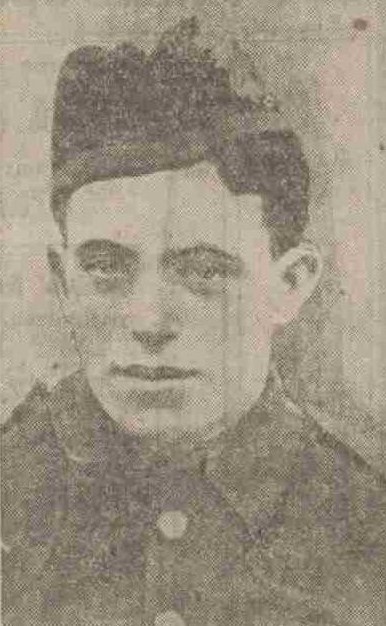 Joseph has no known grave but is remembered on the Le Touret Memorial.

Intimation has been received by his mother who resides at 15 Blackness Road, Dundee, that Private Hugh Joseph Nugent 2nd Black Watch, was killed in action on 9th May.

Private Nugent was employed as a seaman, but in the spring of last year he enlisted in the special reserve, and was mobilised in the early days of the war.  He was 20 years, and was the younger of two sons.  The other son is Thomas Nugent, a regular soldier, and a member of the Royal Field Artillery, who is now engaged with the army in France.

Private Joseph Nugent. Of the Black Watch, who resided at 15 Blackness Road, was killed in action on 9th May.

Can you tell us more about Hugh Joseph Nugent'? Some additional facts, a small story handed down through the family or perhaps a picture or an heirloom you can share online. Contact our curator...