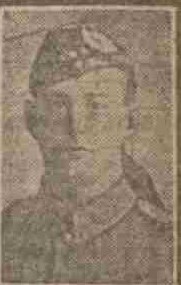 Robert has no known grave but is remembered on the Tyne Cot Memorial.

Pte. Ogilvie’s wife and three young children reside at 29 St Salvador’s Street, and received official intimation of her husband being missing yesterday.  He is 28 years of age, and prior to enlisting in April of this year he was employed with Messrs Chas. Parker, Sons, & Co., Victoria Foundry.  Pte. Ogilvie has been in France for four months.

Can you tell us more about Robert Ogilvie? Some additional facts, a small story handed down through the family or perhaps a picture or an heirloom you can share online. Contact our curator...