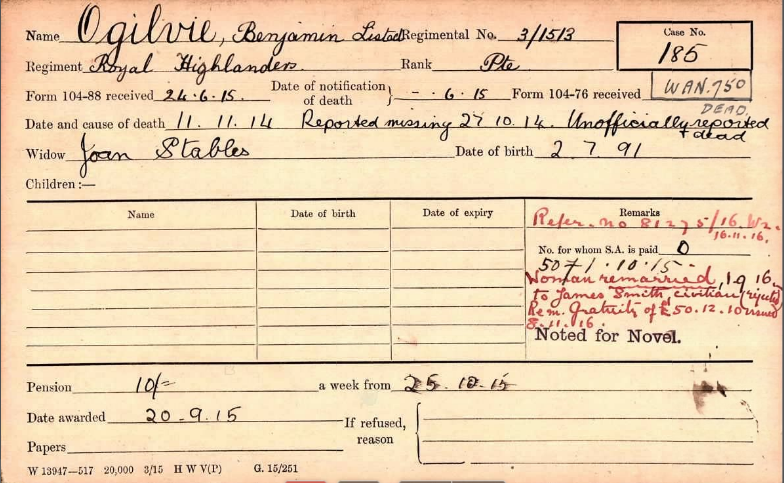 Benjamin has no known grave but is remembered on the Menin Gate Memorial. He was the brother of Pte George Ogilvie 676, 1st Battalion Black Watch who was killed in action on the same day and in the same battle as his brother. The two other brothers David (Highland Light Infantry) & Robert (Gordon Highlanders) both served in the Great War with both returning safely.

The doubts entertained by Mrs Ogilvie, 1 Ryehill Lane, as to her husband’s fate have been dispelled.  Her worst fears have been realised, Private Benjamin Ogilvie, of the 3rd Black Watch, her husband, was posted as missing in November.  She has just received information that he was killed at that time.

Can you tell us more about Benjamin Listed Ogilvie'? Some additional facts, a small story handed down through the family or perhaps a picture or an heirloom you can share online. Contact our curator...