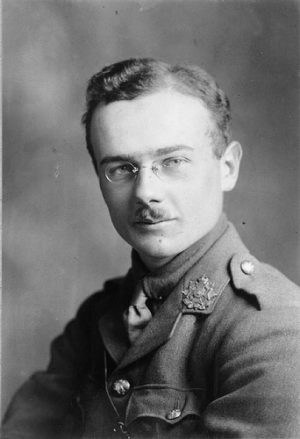 For reasons unknown this man is not listed on the original Dundee Roll of Honour. William was killed by the accidental discharge of a rifle.

To the list of local officers killed in the recent fighting another name falls to be added, that of Second Lieutenant William Edmond Ogilvie, son of the late Mr George Ogilvie, solicitor, Dundee.  Lieutenant Ogilvie was educated at Seafield House, Broughty Ferry, Repton School, and McGill College, Montreal, giving up a course of engineering at the latter collage to join the army.  He was first trained in the Inns of Court O.T.C., and afterwards received his commission in the 9th Border Regiment (Pioneers), with which he was serving when he met his death.  Deceased was 21 years of age, and was well known in Dundee and Broughty Ferry.  His brother, Lieutenant John Ogilvie is at present with the Royal Garrison Artillery at Broughty Castle.

Can you tell us more about William Edmond Ogilvie'? Some additional facts, a small story handed down through the family or perhaps a picture or an heirloom you can share online. Contact our curator...