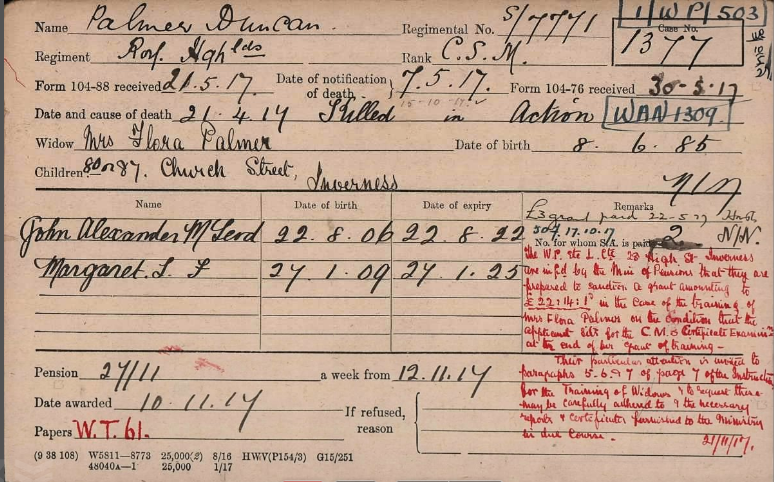 Duncan has no known grave but is remembered on the Basra Memorial. He was the brother of L/Cpl Alfred Palmer, 9965, 2nd Battalion Royal Scots, who was killed in action, 10.03.1915.

C.S.M. Palmer, of the Black Watch, who has been killed in action, was a son of Mrs Palmer, 7 Ireland’s Lane, Dundee.  He was forty-one years of age, and had previously served in the army for twenty years. Along with two brothers he took part in the South African campaign.

When the present war broke out C.S.M. Palmer was a book-keeper on a ranch in Chile, but immediately came home.  A brother has also made the supreme sacrifice, and another is serving.  Deceased’s widow resides in Inverness.

Can you tell us more about Duncan Palmer'? Some additional facts, a small story handed down through the family or perhaps a picture or an heirloom you can share online. Contact our curator...