We need you to tell us more about the life and times of Alexander M. Paterson 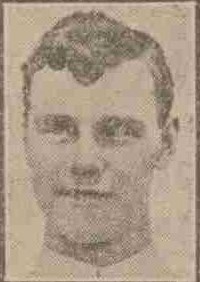 Son of Dand Paterson of Dundee.

Corporal A. Paterson, MM., second air mechanic, R.A.F., was the eldest son of Mr and Mrs Patterson, 48 Constable Street, Dundee.  He was serving with the R.G.A., in India on the outbreak of war, and was transferred to the R.A.F., with which he went through the Dardanelles campaign, winning the Military Medal.  Joining the Flying Corps at a later stage, he was reported missing on January 28 last, and is now officially posted as having been killed on a flight across the German lines.  He was 23 years of age.

Alexander was killed in action, he was an observer on board a Bristol F2B A7288.

Can you tell us more about Alexander M. Paterson'? Some additional facts, a small story handed down through the family or perhaps a picture or an heirloom you can share online. Contact our curator...