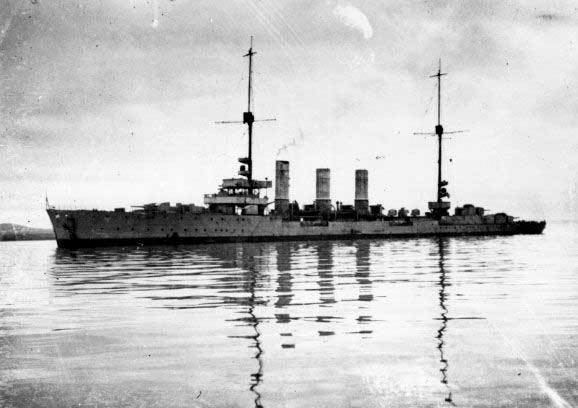 George has no known grave but is remembered on the Chatham Naval Memorial.

H.M.S. Mary Rose was an M-Class Destroyer and was escorting a Convoy from Norway when they were attacked and sunk by German Cruisers “Brummer” & “Breme” in the North Sea approx 70 miles east of Lerwick. The German Cruisers went on to sink 9 of the 12 ships in the convoy including the Mary Rose.

A message from Bergen says:–Ten men of the crew, two of them officers, of the British destroyer Mary Rose have arrived here.  They are quartered on board the Norwegian steamer Nordstjornen.  It is stated that the men will be interned, as they were saved by a Norwegian lifeboat.  Probably they are the sole survivors of the crew of the Mary Rose, which numbered 96 men.

The vessel went down after a heroic fight, lasting half an hour, with the German cruisers.  After the destruction of their convoy off the Shetlands they were saved by a lifeboat belonging to the Norwegian steamer Solja while clinging to two buoys.  It is stated here that the Mary Rose was the only destroyer which accompanied the convoy.

The Press Association adds :–The communique issued by the British Admiralty stated that all the 88 officers and men on H.M.S. Mary Rose were lost.

Can you tell us more about George Turner Paton'? Some additional facts, a small story handed down through the family or perhaps a picture or an heirloom you can share online. Contact our curator...