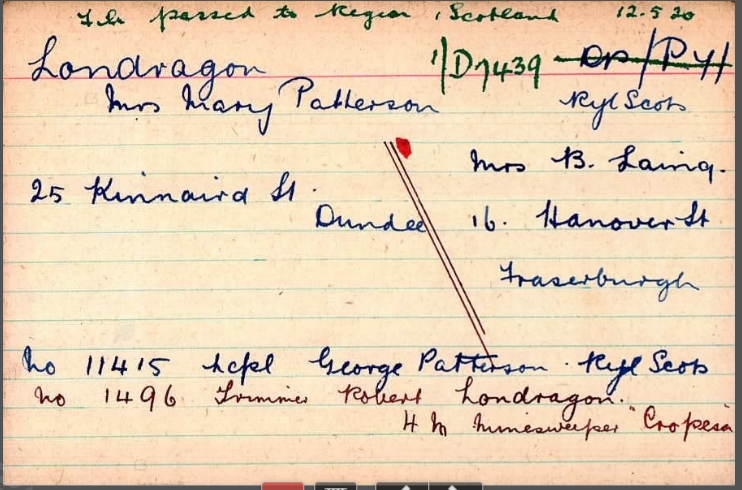 George has no known grave but is remembered on the Thiepval Memorial.

DUNDEE MEN KILLED IN ACTION. Pte. Edward Toner, Black Watch, is another of Dundee’s young men who has fallen in action.
His parents, who reside at 2 Cherryfield Lane, have received intimation that he has been killed. Deceased was 23 years of age, and had been at the front for 22 months. Previous to enlisting he was a millworker. He was killed by a rifle grenade when he was leaving the trenches. Another brother is serving in the H.L.I.
Lance-Corporal George Patterson, Royal Scots, 25 Kinnaird Street, has also been killed in action. He was 22 years of age. Deceased was in the regulars when war broke out, and has been at the front practically since the commencement of hostilities, and had been twice wounded. The Courier, Friday, 4 August 1916, 4.

Can you tell us more about George Patterson'? Some additional facts, a small story handed down through the family or perhaps a picture or an heirloom you can share online. Contact our curator...