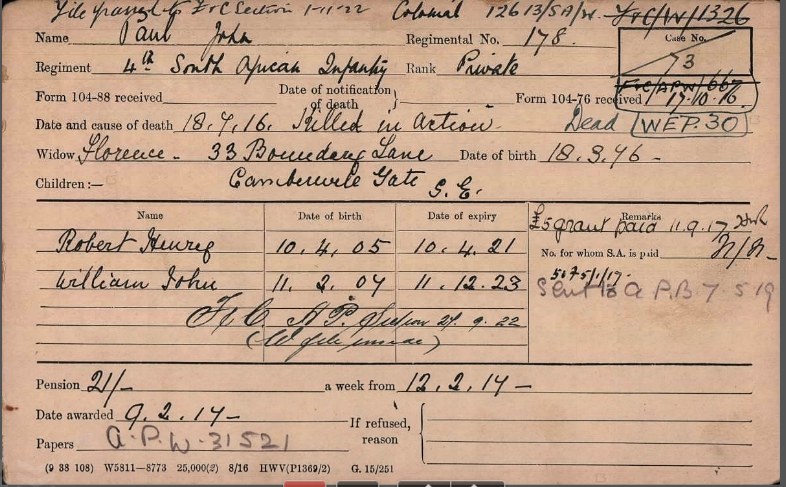 Private John Paul, son of Mr Robert Paul, slater, Union Street, Broughty Ferry, has been killed.  The soldier’s wife, who resided in London, has been officially informed of the death in action on 18th July.

During the Boer War he enlisted in the Scottish Horse, and served in Africa till the close of hostilities.  Remaining in South Africa, he followed his trade as a plumber till the outbreak of the present war, where he again became a soldier, and took part in Botha’s campaign.  He later saw service in Egypt.  Deceased was 34 years of age, and leaves a widow and two of a family.

Can you tell us more about John Paul'? Some additional facts, a small story handed down through the family or perhaps a picture or an heirloom you can share online. Contact our curator...