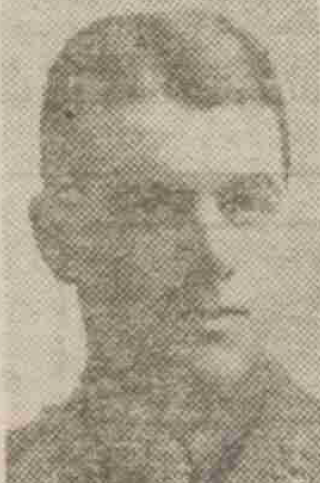 Reared in the Harris Academy, where he was an apt pupil, David Pearson subsequently entered the Bank of Scotland, and was latterly in the Victoria Street Branch. Of a kindly, obliging disposition, he was held in high esteem by the officials of the bank and by a host of friends in the city, by whom the news of his death is keenly regretted.  Enlisting in the Royal Scots, he was subsequently transferred to the signalling section of the R.G.A., and as such was five months on active service ere returning to England for a commission fully a year ago.  He was gazetted to the R.G.A., and went overseas at the beginning of the year.

Lieutenant Pearson was well known in musical circles.  A capable organist and pianist, he was a choirmaster and organist of St Margaret’s Episcopal Church, Lochee. And for some time before receiving that appointment he acted temporarily as organist in Chapelshade Parish Church.  For a season he gave the organ recitals at the Armitstead lectures.  Lieutenant Pearson was 24 years of age.

Can you tell us more about David Easson Pearson'? Some additional facts, a small story handed down through the family or perhaps a picture or an heirloom you can share online. Contact our curator...