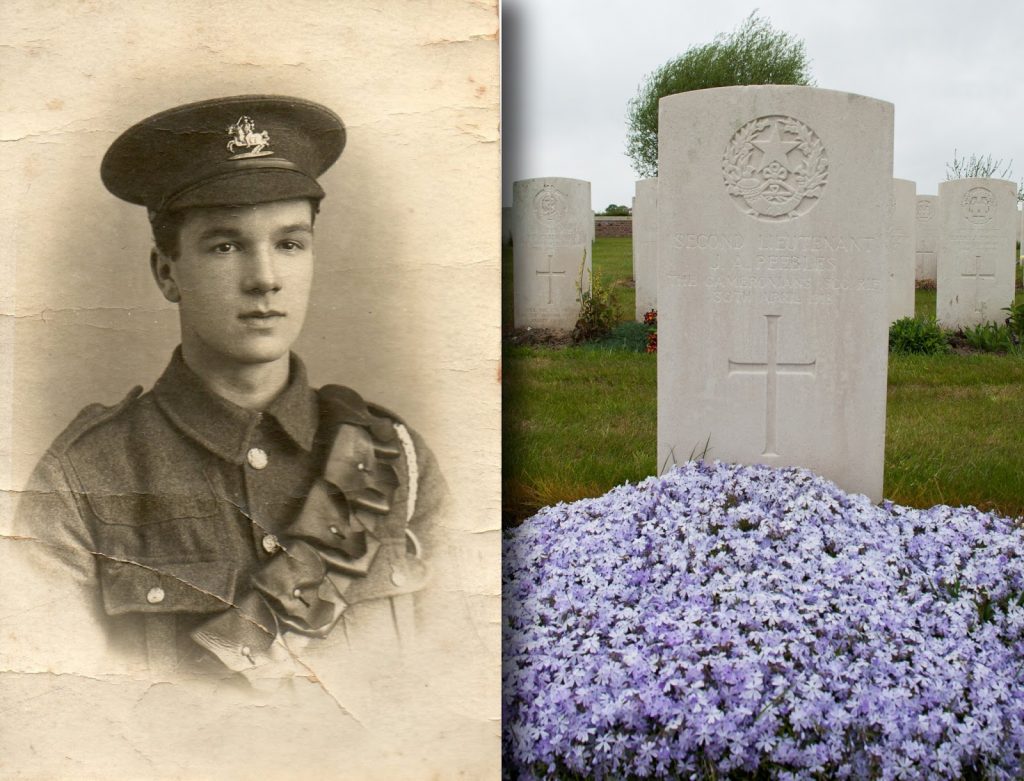 Son of David & Margaret Peebles of Carnoustie. John enlisted in Dundee and joined the Fife & Forfar Yeomanry with the number 2166 and subsequently 345240. He served in the Mediterranean Expeditionary Force at Gallipoli from the landing at Suvla Bay until his evacuation in January 1916. He then served in Egypt and was recommended for Officer training at the 53rd Training Depot at Kinghorn.

His brother Robert also served during the Great War but was invalided out after being wounded for a second time.

Both John and Robert worked for the family business of Peebles Brothers, which had several shops in Dundee.

John was a former pupil of Grove Academy, Broughty Ferry and is remembered on the school’s war memorial.

Scottish Rifles Officer Killed After Only Ten Days in France.

Mr David Peebles, of the firm of Messrs Peebles Brothers, provision merchants, Whitehall Crescent, Dundee, and a native of Arbroath, has received the sad news that his second son, Lieutenant John Adair Peebles, Scottish Rifles, who was only 21 years of age, enlisted as a private in the Fife and Forfar Yeomanry in October, 1914, and after serving through the Gallipoli campaign until the evacuation was drafted to Egypt.  In May of last year, he was given a commission, and was gazetted to the Scottish Rifles.  He had been only ten days in France.  Deceased’s father was employed in Arbroath with the late Mr Alex. Petrie, grocer, West Port, in the shop now occupied by Mr W. H. Thorneycroft, and the officer was a nephew of Mr Geo. T. Brown, Wood-Green, London.

Can you tell us more about John Adair Peebles'? Some additional facts, a small story handed down through the family or perhaps a picture or an heirloom you can share online. Contact our curator...