We need you to tell us more about the life and times of William P. Pert 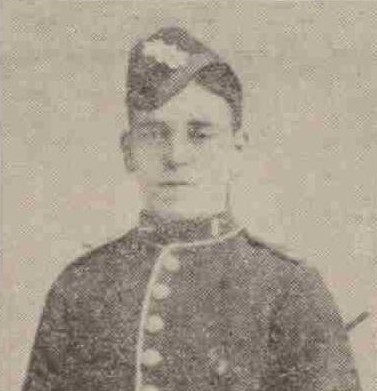 News was received in Dundee yesterday by his mother, Mrs D. Pert, 54 Dudhope Street, that Private William Pert, of the 1st Black Watch, had been killed in action on September 25.

Private Pert enlisted in the Black Watch fourteen years ago, and after serving eight years with his regiment, seven of which were spent in India, he went to America.  After several years he returned home, and when war broke out he was in the service of Bell & Sime, Limited.

His time as a reservist had expired, but he enlisted in his old regiment, and was employed at the front as a bomb-thrower.  Private Pert has a brother, Pte. David Pert, serving with the 5th Black Watch.

Can you tell us more about William P. Pert'? Some additional facts, a small story handed down through the family or perhaps a picture or an heirloom you can share online. Contact our curator...