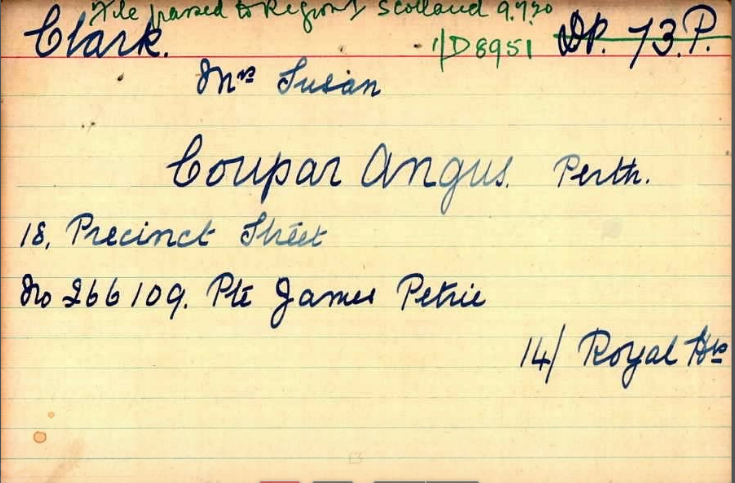 James has no known grave but is remembered on the Chatby Memorial. It is believed that he was aboard the  Liner, H.T. Aragon an Auxiliary Transport Ship with approx 2,700 people on board,taking reinforcements to Palestine. On 30 December 1917 she had reached the Port of Alexandria and was initially allowed to enter the harbour, but was subsequently ordered out again. She was anchored outside without any protection from Submarine attack, for which she was an easy target and was duly torpedoed and sunk by German Submarine UC-349 with a total loss of 610 people including 19 crew. H.M.S. Attack went to her aid and was herself blown in two by a mine and disappeared with 10 of her crew and many of those she had just taken on board.

Can you tell us more about James Petrie'? Some additional facts, a small story handed down through the family or perhaps a picture or an heirloom you can share online. Contact our curator...