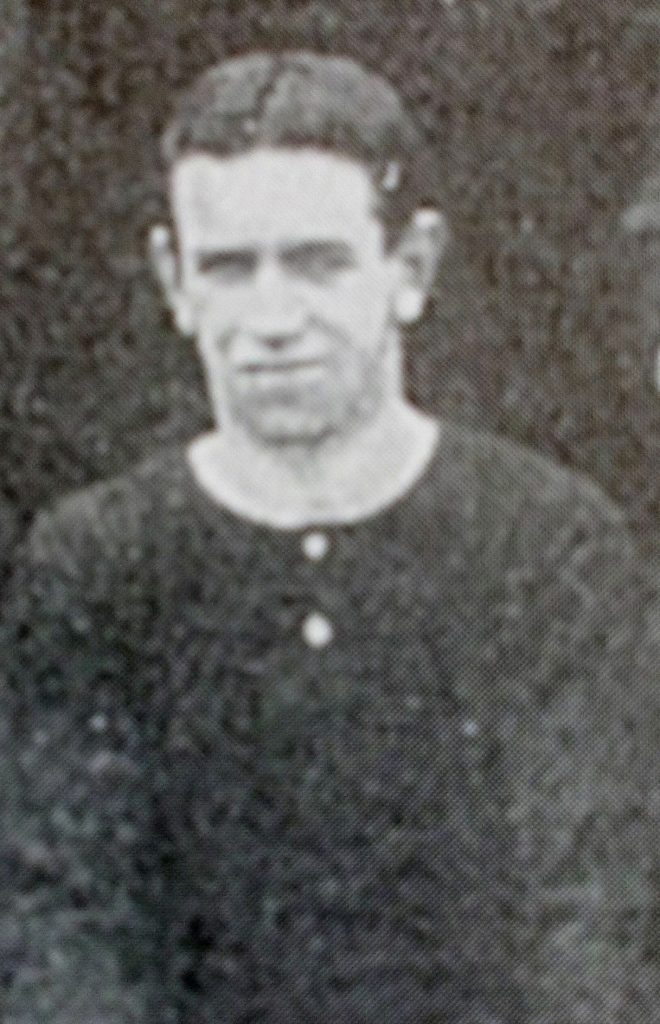 David has no known grave but is remembered on the Arras Memorial.

David began with junior side Edinburgh Myrtle before Hearts signed him in May 1903. At Tynecastle he played in 72 league matches, scoring one goal. He was in the Hearts side that won the Scottish Cup in 05/06 and a finalist a year later. In 1909/10, he was loaned to Leith Athletic (22 appearances) and Qualifying Cup winners. Raith Rovers signed him in June 1910, and he had a good few seasons there, playing in 83 league matches and scoring 15 goals.After enlisting in the Royal Scots, he was later granted a commission as a Second Lieutenant in the 23rd (Tyneside Scottish) Battalion, Northumberland Fusiliers, and was killed in action on 29 April 1917.

Second-Lieut., D. C. Philip, Northumberland Fusiliers, is wounded and missing.  The officer whose parents reside at Downfield, has been at the front since June last, proceeding there with the Royal Scots, in which he held non-commission rank and took part in the fighting of last year.  While in active service he was granted his commission and was posted to the Northumberland Fusiliers about 6 months ago.  He was a clerk in the employment of the Edinburgh Tramway Company, and was a well-known Scottish football player. After taking part in a game in Dundee junior circles, he was for years connected with the Heart of Midlothian and Raith Rovers.

Mr and Mrs George Philip, Haldane Street, Downfield, have been officially informed that their son, Second-Lieutenant David Philip, Northumberland Fusiliers, who was reported missing on 28th April last, must now be presumed to have been killed on that date.

The deceased officer joined the Royal Scots after the outbreak of war, and held non-commissioned rank when he went to the front.  Shortly afterwards, however, he received his commission.  Lieutenant Philip, who was previously employed on the clerical staff of the Edinburgh Tramway Company, was well-known in Scottish football circles, having been connected for many years with the Heart of Midlothian and Raith Rovers.

Can you tell us more about David Carswell Philip'? Some additional facts, a small story handed down through the family or perhaps a picture or an heirloom you can share online. Contact our curator...