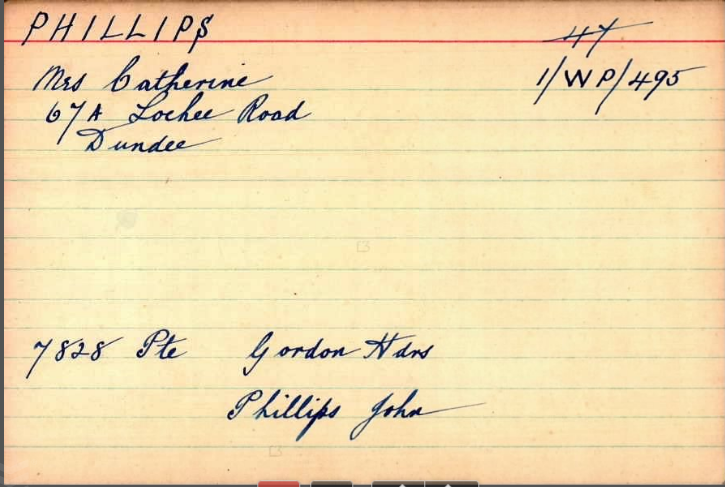 Intimation was received yesterday from the War Office by Mrs Phillips, 11 St Mary Street, that her husband, Private John Phillips, of the 2nd Battalion Gordon Highlanders, had been killed in action on 25th October.  Mrs Phillips last heard from her husband on 17th October, when he wrote that he was quite well, so that he had evidently been in action for a week after that date.

Private Phillips, who was 33 years of age was a Reservist with nine years’ service, and previous to rejoining his regiment he was employed in the city as a carter.  He is survived by his wife and one child.

Can you tell us more about John Phillips'? Some additional facts, a small story handed down through the family or perhaps a picture or an heirloom you can share online. Contact our curator...