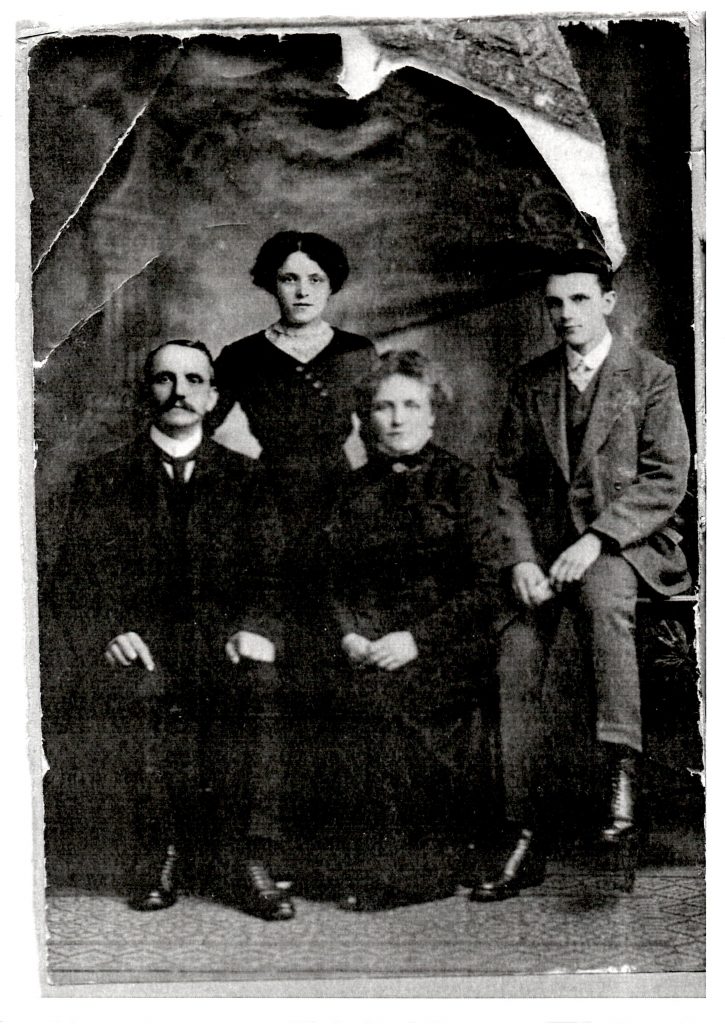 William with his parents and sister

Second Lieutenant William Powrie was born in Newtyle though, at the time of his death, his widowed mother lived at 8 Nicol Street, Dundee. When he was killed on the 27th September 1918, he left behind his wife, Jessie McCubbin Powrie of ‘Ardmillan’, Wellbank Road, Troon.

Second-Lieutenant William Powrie, York and Lancaster Regiment, son of Mr and Mrs William Powrie, Ward Road, Dundee, has been killed in action.  Lieutenant Powrie was a former member of the “Dundee Advertiser” literary staff.  He enlisted in the Argyll and Sutherland Highlanders in 1915, and served with his battalion in France, where he was wounded.  Subsequently he went to a cadet school, from which he was commissioned to the York and Lancaster Regiment.  He returned to the front about six weeks ago, and was married on the eve of his departure.  Deceased was 23 years of age.

Can you tell us more about William Powrie'? Some additional facts, a small story handed down through the family or perhaps a picture or an heirloom you can share online. Contact our curator...