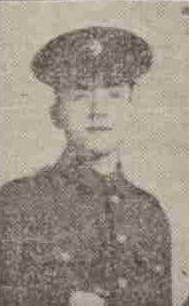 Mrs Rafferty, 22 Willison Street, Dundee, has received official intimation that her son, Private J. Rafferty, 1st Scots Guards, been missing since the fighting at Loos on 27th Sept.  Private Rafferty, who attains his nineteen birthday on the 15th of this month, was employed as a tenter with Gilroy, Sons, & Co., Ltd., when he enlisted in September, 1914.

Can you tell us more about John Rafferty'? Some additional facts, a small story handed down through the family or perhaps a picture or an heirloom you can share online. Contact our curator...