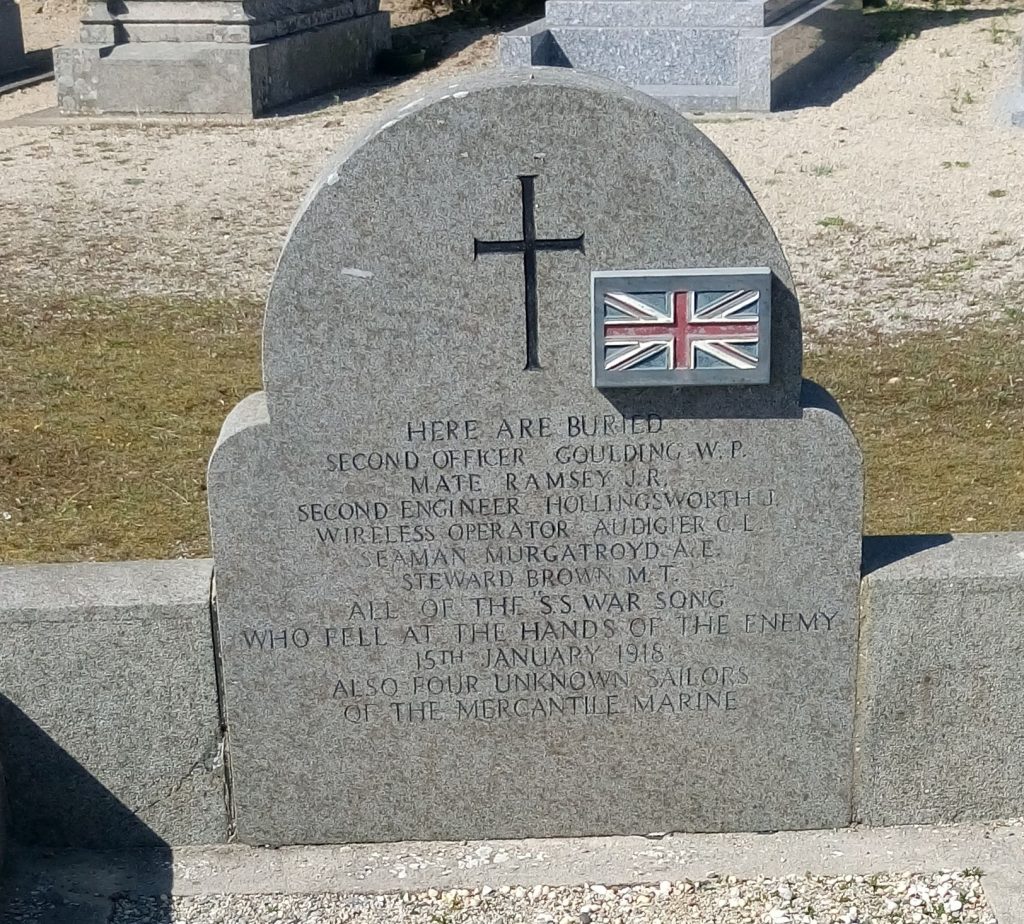 L’Isle-De-Sien is an island 15 miles out at Sea. In one grave are buried the Officers and men of the ship S.S. War Song which was sunk by German Submarine U-93 on 15 January, 1918. 19Km west of the Island. She was on a voyage from Bilbao to Brest with a cargo of Iron Ore. 16 Crew lost their lives in the sinking.

Can you tell us more about James Rankine Ramsay'? Some additional facts, a small story handed down through the family or perhaps a picture or an heirloom you can share online. Contact our curator...