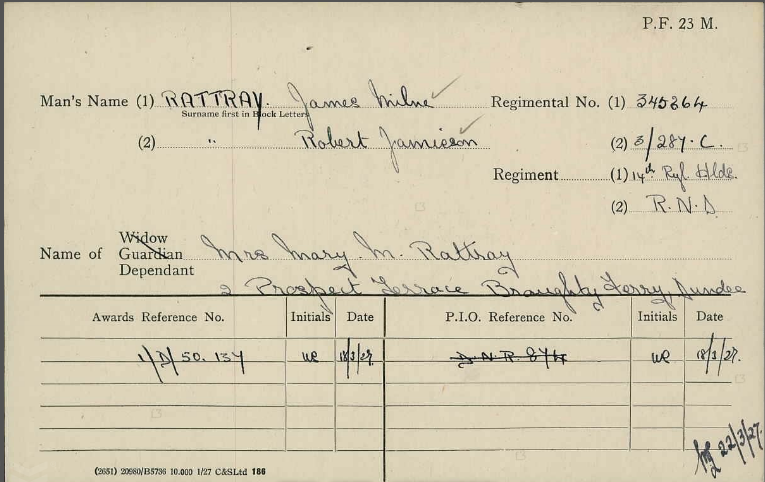 Robert like his brother was a former pupil of Grove Academy, Broughty Ferry and both brothers are remembered on the schools war memorial.

The death is announced from enteric fever of Seaman Robert Jamison Rattray, of the Naval Brigade.  Seaman Jamison, attached to the Drake Batt., at Gallipoli, was the youngest son of the late Charles Rattray and Mrs Rattray, 2 Prospect Terrace, Broughty Ferry.  He died in hospital at Alexandria.

Can you tell us more about Robert Jamieson Rattray'? Some additional facts, a small story handed down through the family or perhaps a picture or an heirloom you can share online. Contact our curator...