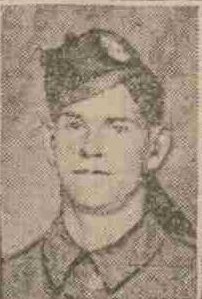 Mr Andrew Reekie, 31 Dallifield Walk, Dundee, has been notified that his son, Private Andrew Reekie, of the  King’s Own Scottish Borderers, died on 7th December as the result of wounds sustained in action.  The deceased soldier, who was in the army for only six months, was prior to enlistment employed as a millworker by Messrs Don & Duncan, manufacturers, Dundee.

Can you tell us more about Andrew Ballie Reekie'? Some additional facts, a small story handed down through the family or perhaps a picture or an heirloom you can share online. Contact our curator...