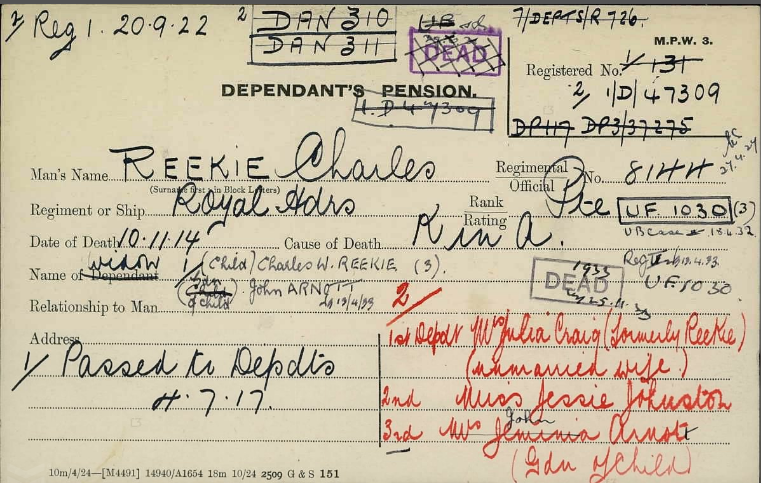 Charles has no known grave but is remembered on the Menin Gate Memorial.

Another Dundee man who has fallen in action is Private Charles Reekie, of the 1st Battalion Black Watch, who was killed on 19th November.

Private Reekie, who was the son of Mr William Reekie, jute stower, 42 Constable Street, was a Reservist, and was employed as a miner in the Methil district when he was called up for active service.  He served for 8½ years in India, and took part in the South African campaign, which he went through without sustaining a scratch.  Private Reekie, who was 31 years of age, had been only a year married, and is survived by his wife and one child.

Can you tell us more about Charles Reekie'? Some additional facts, a small story handed down through the family or perhaps a picture or an heirloom you can share online. Contact our curator...