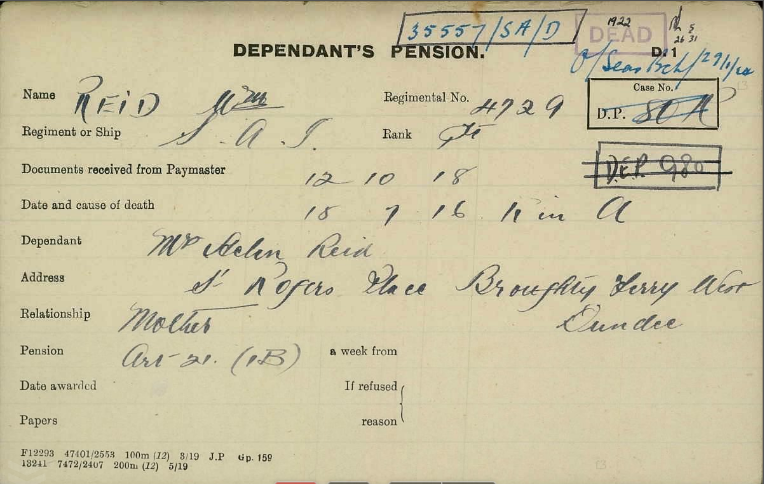 William Reid, South African Infantry, son of Mr James Reid, gardener, Dudhope House, Dundee, has made the supreme sacrifice.  He was 13 years in South Africa, and served as a sergeant in Botha’s Scouts during the conquest of German West Africa.  On the conclusion of that campaign, he volunteered for service on behalf of the Motherland.

Being in Egypt previous to coming to France he was in the division under the Duke of Westminster in their brilliant action against the Arabs.  The veteran soldier served his apprenticeship with the firm of Nucator plumbers, in Dundee, was unmarried, and 34 years of age.

Can you tell us more about William Reid'? Some additional facts, a small story handed down through the family or perhaps a picture or an heirloom you can share online. Contact our curator...