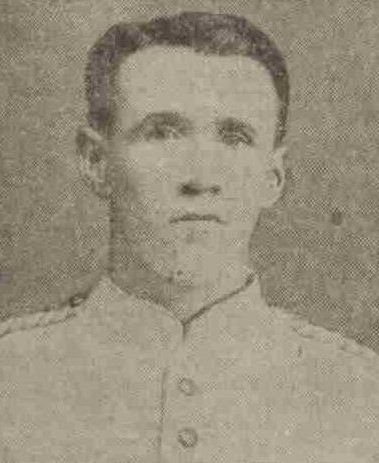 Private James Reilly, 2nd H.L.I., a Dundee reservist, who had been officially posted as missing since 17th November.  His wife, who lives at 12 Crescent Lane, Dundee, has, however, received intimation from a comrade that he was killed on that date.

All doubt has been dispelled as to the fate of Private James Reilly, 2nd H.L.I., a Dundee reservist.

Mrs Reilly, his wife, 12 Crescent Lane, received official intimation that her husband had been missing since 17th November, and she had lived in hope that he was still alive.  She has just received a letter from a comrade in the H.L.I., stating that Private Reilly’s section was blown up by a shell on 17th Nov., and that her husband was one of the many killed.  Deceased, who was 25 years of age, was a reservist, and prior to rejoining his regiment was a millworker.

Can you tell us more about James Reilly'? Some additional facts, a small story handed down through the family or perhaps a picture or an heirloom you can share online. Contact our curator...