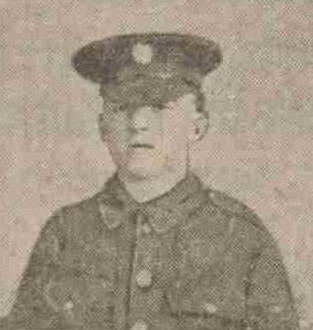 Andrew has no known grave but is remembered on the Le Touret Memorial. He was the brother of Guardsman, James Rennie, 6841, 1st Battalion, Scots Guards, who was killed in action, 10.10.1915.

Mrs Rennie, 12 Parker Street, Dundee yesterday received official intimation that her son, Private Andrew Rennie of the Scots Guards, had been killed in action.  Prior to enlistment when war broke out Private Rennie was a farm servant.  His two brothers, James and Alexander, are also at the front with the Scots Guards.  James was wounded on 11th November.

Can you tell us more about Andrew Rennie'? Some additional facts, a small story handed down through the family or perhaps a picture or an heirloom you can share online. Contact our curator...