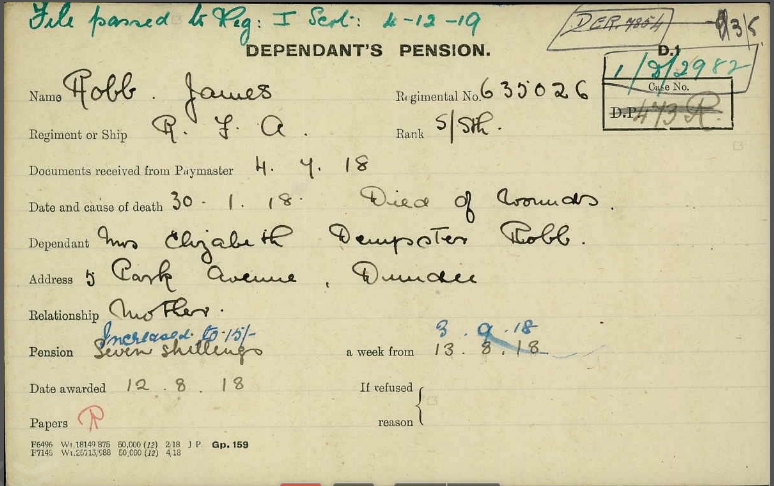 Mrs Robb, 5 Park Avenue, Dundee, has been informed that her son, Gunner James Robb, R.F.A., has died of wounds at a casualty clearing station in France.

Deceased, who was a grandson of the late Mr James Robb, formerly well known as a butcher in the Hawkhill, went to the front shortly after the outbreak of war, and had seen much active service.

Gunner Robb was 23 years of age, and was formerly employed in Dundee Gasworks.

Can you tell us more about James Robb'? Some additional facts, a small story handed down through the family or perhaps a picture or an heirloom you can share online. Contact our curator...