We need you to tell us more about the life and times of James A. Robertson 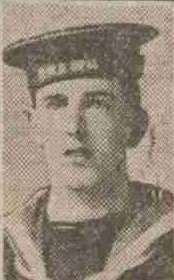 More about James A. Robertson

James has no known grave but is remembered on the Portsmouth Naval Memorial. He was the brother of Pte John Robertson, 240781, 1/5th Battalion, Black Watch who was killed in action 03.09.1916.

The household of Mr James Robertson, 7 Ellen Street, Dundee, has been badly hit by the war.

Mr and Mrs Robertson have received official intimation that their eldest son, James A. Robertson, A.B., has been lost at sea while on active service.  Deceased, who was 27 years of age, was employed by Mr Wm. Strong, 20 Dock Street, and latterly with Mr H. F. Black, merchant, Horse Wynd, before joining the naval forces in March, 1917.

Private John Robertson, Black Watch, the second son, was killed on 3rd September, 1916, while Harry, the youngest son, is at present in this country recuperating from wounds received in action.

He was serving aboard H.M.S. Opal, which was an Admiralty M class destroyer, which served in the First World War following her construction at Sunderland in 1915. Attached to the 12th Destroyer Flotilla based with the Grand Fleet at Scapa Flow, the Opal had an eventful short life, which ended tragically in shipwreck when she was just two and a half years old. On the 12 January 1918 Opal joined her sister ship HMS Narborough and the light cruiser HMS Boadicea in a night patrol to hunt German auxiliary warships suspected to be laying mines on the Scottish coast. By 5.30pm the weather had deteriorated to such an extreme degree that the destroyers were in danger of swamping and foundering and visibility was near zero. Fearing that her companions might sink, the Boadicea ordered the Opal and Narborough back to Scapa Flow while she continued alone. For the next four hours Opal regularly sent reports indicating her course and intention to return, but at 9.27pm, a garbled message stating have run aground was received, followed by silence. The weather was so atrocious that no vessels could be despatched until the following morning, and it was two days before the Opal was found, battered, broken and empty on the Clett of Crura. The Narborough was found in a similar position nearby. One survivor was later located on a small islet, and he related that the ships had been sailing a regular slow course making frequent soundings and radio reports, but had suddenly crashed headlong in to the rocks, probably due to a navigation error by the Opal´s captain. Both wrecks were abandoned and broken up by the sea over the next few weeks taking the bodies of both crews, bar the single survivor, with them.

Can you tell us more about James A. Robertson'? Some additional facts, a small story handed down through the family or perhaps a picture or an heirloom you can share online. Contact our curator...