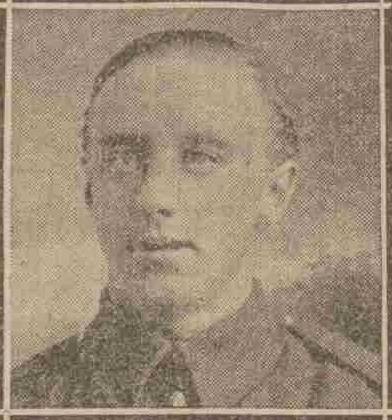 John has no known grave but is remembered on the Loos Memorial. He was the brother of Pte David McLean Robertson, 40232, 11th Battalion Royal Scots, who was killed in action, 09.04.1917.

“HE DIED A BRAVE SOLDIER.”

Private John Tait Robertson, Black Watch, is officially reported killed in action.  A Lieutenant writing to the father, Mr James Robertson, 119 Alexander Street, Dundee, says:–“It must be consolation to you that he died a brave soldier, fighting for a just cause, and that his name goes down as one of our heroes.”

Private Robertson, who was 19 years of age, enlisted about two years ago, and had been at the front for about seven months.  He was prior to enlistment employed by James F. Low & Co., Ltd., Monifieth Foundry.  Other two sons of Mr Robertson are serving.

Can you tell us more about John Tait Robertson'? Some additional facts, a small story handed down through the family or perhaps a picture or an heirloom you can share online. Contact our curator...