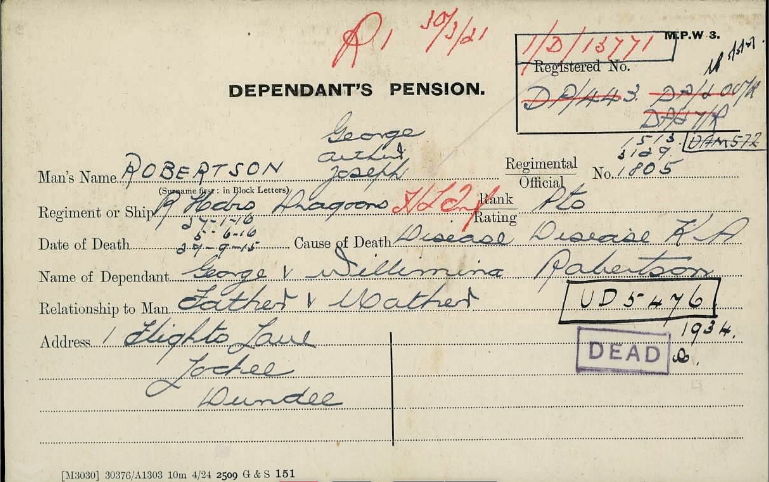 Joseph has no known grave but is remembered on the Loos Memorial.

ONE OF THREE SONS AT THE FRONT KILLED.

Official notification has reached his mother who resides at 2 Kerr’s Lane, Lochee, of the death in action of her son, Private Joseph Robertson of the 10th Highland Light Infantry.  He was 23 years of age.  Mrs Robertson has other two sons with the colours.  Private George Robertson, of the 2nd Black Watch, and Private Arthur Robertson, of the 3rd Dragoon Guards, are at the front.

Arthur was wounded in the early stages of the war, and after recovery returned to the firing line.  Mrs Robertson has also a brother at the front.

Can you tell us more about Joseph Robertson'? Some additional facts, a small story handed down through the family or perhaps a picture or an heirloom you can share online. Contact our curator...