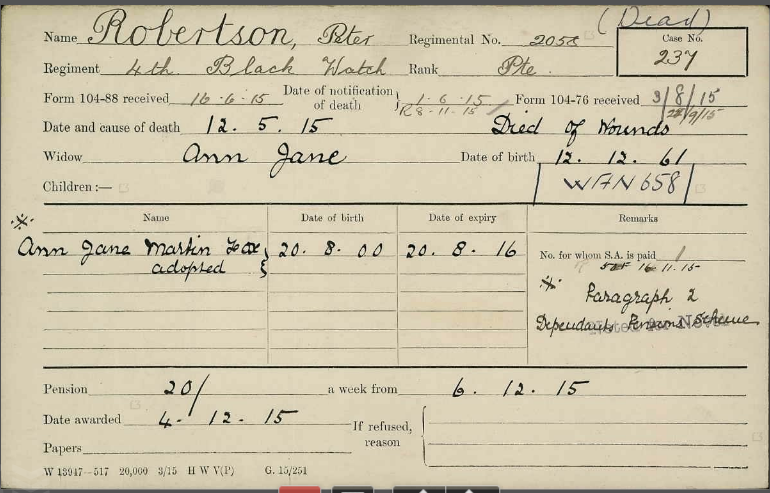 Private Peter Robertson has died of wounds received in action.

In writing to Robertson’s wife of his passing, the Matron of the hospital to which the stricken Dundonian was conveyed says :–“I am very grieved to have to tell you that Private Robertson was brought down to this hospital suffering from a very dangerous wound in his thigh, and he was so very ill that nothing could possibly be done to save his life.  He died in a very few hours.  He left no message, and in fact, he hardly spoke, as he was very ill, the poison from his wound having got into his whole body.”

Private Robertson was 43 years of age, and resided at 52 Coupar Street, Lochee.  Prior to the outbreak of hostilities, he was in the employ of Messrs Cox Brother, Camperdown Works, Lochee.

Can you tell us more about Peter Robertson'? Some additional facts, a small story handed down through the family or perhaps a picture or an heirloom you can share online. Contact our curator...