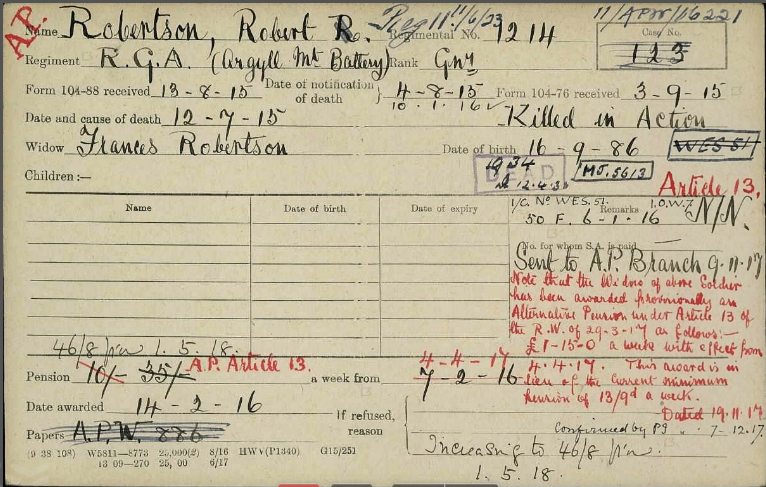 Gunner Robertson, who was engaged as an architect in London, enlisted in November.  He served his apprenticeship in Dundee with Mr Wm. Gauldie, and went to London eleven years ago.

In a letter received by the deceased soldier’s wife in London, it is stated that he was shot in the chest, and died in five minutes.  Before his death he said, “I have done my duty.”  Gunner Robertson left this country for the Dardanelles in March last.

Mr Robertson has two other sons serving with the colours—James, who is a member of the Motor Transport at present stationed in England, and Thomas, who is a trooper in the Scottish Horse.  Jessie, a daughter, is a nurse on board a hospital ship.

Can you tell us more about Robert Robertson'? Some additional facts, a small story handed down through the family or perhaps a picture or an heirloom you can share online. Contact our curator...