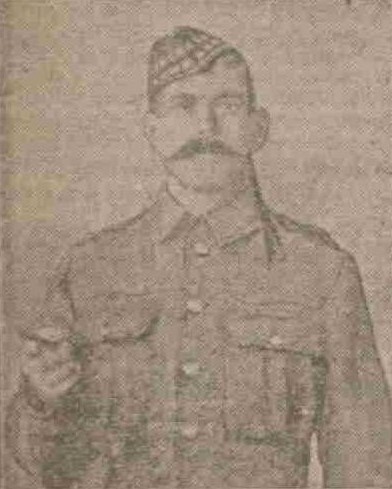 Private James Rooney of the King’s Own Scottish Borderers, whose wife resides at 7 Dallfield Walk, Dundee, is now officially reported killed.  He was reported missing after the battle of Loos.

Private Rooney who was an ex-soldier, joined up at the outbreak of war.

Can you tell us more about James Rooney'? Some additional facts, a small story handed down through the family or perhaps a picture or an heirloom you can share online. Contact our curator...