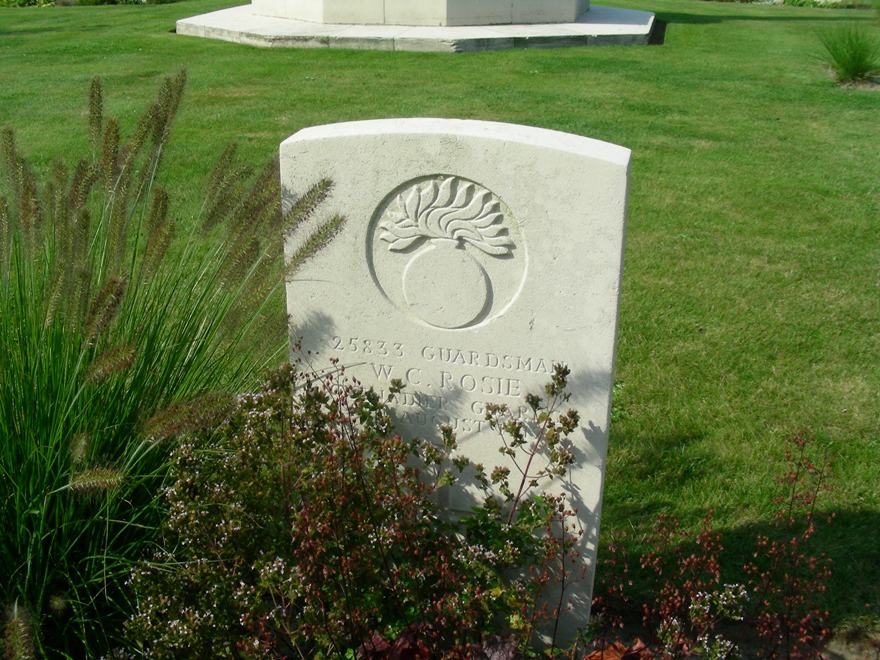 Private W. Rosie, of the Grenadier Guards, who has died of wounds, was 31 years of age, and a native of Wick.  He had a dental business in Lochee, and shortly after settling there he voluntarily enlisted.

Private Rosie was formerly in business in Alloa with his father-in-law, Mr Stewart.  The latter died a few months ago.  His death was followed by the death of his son, and the sympathy of a large circle of friends will go out to Mrs Rosie in the further bereavement she has sustained.

Can you tell us more about William Cooke Rosie? Some additional facts, a small story handed down through the family or perhaps a picture or an heirloom you can share online. Contact our curator...