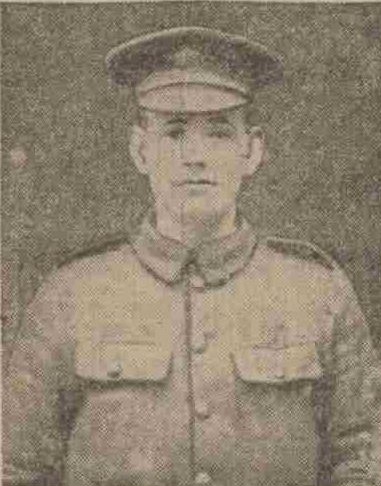 Private John Ross, 2d Scots Guards, who is officially reported killed on 10th February, was one of four brothers serving their King and country.  The sad intimation has been received by Mrs Steven, 82 Dudhope Street, Dundee, a sister of the deceased, with whom he resided.  Private Ross was employed as a carpenter by the Caledon Shipbuilding and Engineering Company when he enlisted at the outbreak of war.

Deceased’s three brothers have all seen service at the front, Alexander, who is a member of the Cameron Highlanders, was wounded some time ago, and has now been discharged.  David is a gunner in the Royal Field Artillery, while William is serving with the Army Service Corps.

A Dundee family has lost one of four sons which it contributed to the fighting forces.  Official intimation has been received that Private John Ross, 2d Scots Guards, was killed in action on 10th February.  Private Ross enlisted shortly after the outbreak of war.  He was at first rejected on medical grounds, but so anxious was he to serve his King and country that he underwent an operation, and was accepted for service.  Prior to enlistment, Private Ross, who was 25 years of age, was employed as a carpenter by the Caledon Shipbuilding and Engineering Company, Ltd., Dundee.  He lived with his sister at 82 Dudhope street.

Can you tell us more about John Ross'? Some additional facts, a small story handed down through the family or perhaps a picture or an heirloom you can share online. Contact our curator...