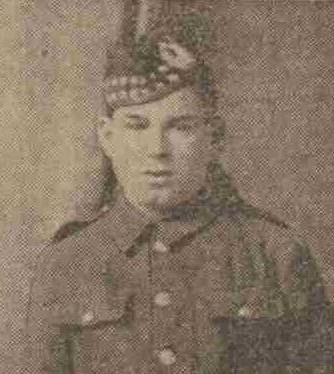 News has been received from the War Office by Mrs Russell, 19 James Street, Dundee, that her son, Private George Russell, Gordon Highlanders, has been killed in action.  Previous to joining the colours, shortly after the outbreak of war, Private Russell was employed for over ten years in Bowbridge Works, Dundee, where he was a great favourite and highly esteemed by his fellow workers.  Deceased was in his 26th year.

Can you tell us more about George Russell'? Some additional facts, a small story handed down through the family or perhaps a picture or an heirloom you can share online. Contact our curator...