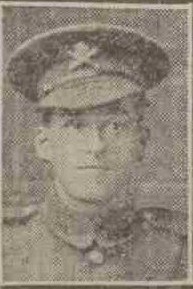 John has no known grave but is remembered on the Tyne Cot Memorial. Formerly 1831, Black Watch. He was the brother of Pte Andrew Ryan, T/419218, Royal Army Service Corps, who served during the war and returned home safely.

Mrs Ryan, 2 Lawrence Street, Dundee, has been officially notified that her husband, Private John Ryan, Machine Gun Corps, is presumed to have been killed on 26th October, 1917.  Private Ryan was reported wounded and missing on that date.  Deceased had been three times wounded previously.

Can you tell us more about John Ryan'? Some additional facts, a small story handed down through the family or perhaps a picture or an heirloom you can share online. Contact our curator...