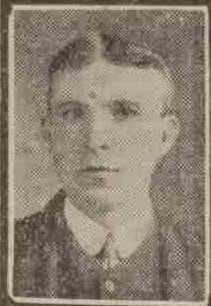 THE FATAL 25th OF JANUARY.

Another Dundee Black Watch soldier has to be counted in the list of killed at La Bassee on 25th January.

The victim is Private James Slaven whose mother resides at 31 Elizabeth Street Dundee.  Deceased was thirty-eight years of age, and was unmarried.  He had served altogether thirteen years in the army.  On the day that he died a letter was dispatched to him.  Mrs Slaven has another son, John on a mine-sweeper.  Dundee’s roll of killed on the fatal 25th now reaches almost a dozen.

Can you tell us more about James Slaven? Some additional facts, a small story handed down through the family or perhaps a picture or an heirloom you can share online. Contact our curator...