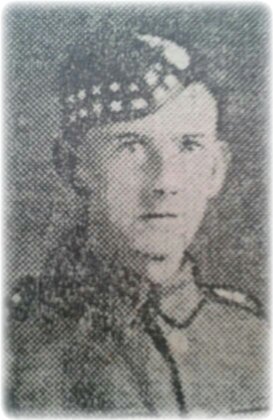 Private Samson was 35 when he died, he left behind a wife and six children. He is interred in Etaples Military Cemetery, his headstone reads:

He joined the colours in August of last year, and had only been two months at the front when he received the injuries from which he succumbed.  Deceased was for a number of years a steward in the employ of the D., P., and L., Shipping Company, while he was also for some time on board the Alice Taylor.  Private Samson, who was in his 36th year, leaves a wife and six children.

Hugh’s place of birth is recorded as Ayr on S.D.G.W.

Can you tell us more about Hugh Samson'? Some additional facts, a small story handed down through the family or perhaps a picture or an heirloom you can share online. Contact our curator...