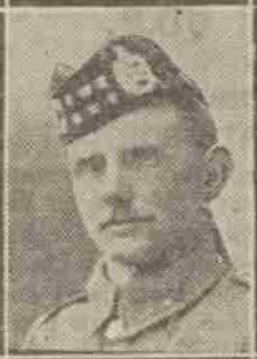 Private Robert Price Saunderson, K.O.S.B., eldest son of Mr R. P. Saunderson, Pitempton, Downfield, has been posted as missing.  Private Saunderson is 38 years of age, and was in the employment of Mr S. Bairner, Downfield.  He is very well known in the district.  He was formerly connected with St Luke’s Episcopal Church, and when called up was presented by the church members with a purse of sovereigns.

Can you tell us more about Robert Price Saunderson'? Some additional facts, a small story handed down through the family or perhaps a picture or an heirloom you can share online. Contact our curator...