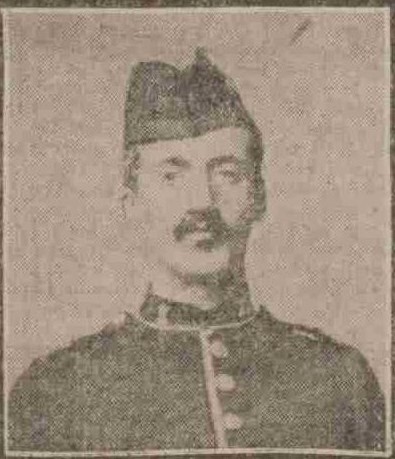 William has no known grave but is remembered on the Le Touret Memorial. He would appear to be the brother of David Scotland, 18126, Royal Scots Fusiliers who served and is believed to have returned home safely.

Private William Scotland, Bowhill, Black Watch, has been killed in action at La Bassee on 25th January.  He was 24 years of age, and unmarried.  He was a special reservist, but joined the colours in March, at which time he was employed as a miner at Bowhill Colliery.  Three brothers and a brother-in-law are in Lord Kitchener’s Army.  His brother George, also of the Black Watch, was wounded at Ypres.

Can you tell us more about William Scotland'? Some additional facts, a small story handed down through the family or perhaps a picture or an heirloom you can share online. Contact our curator...