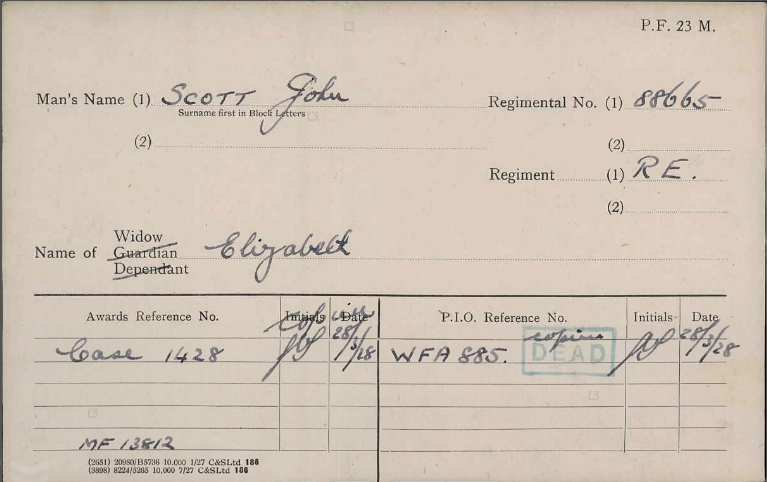 Information has been received from the War Office by Mrs John Scott, at present residing at King’s Road, Dundee, that her husband, Sapper John Scott, Royal Engineers, has died from sunstroke while on active service.

Sapper Scott was for a long time in the employment of Messrs James F. Low & Co., engineers, Monifieth, in which town he was very well known in engineering circles.  He left Monifieth for a country situation, and returned to Dundee, where he enlisted, upon the outbreak of war.

Deceased leaves a widow and one of a family.

Can you tell us more about John Scott'? Some additional facts, a small story handed down through the family or perhaps a picture or an heirloom you can share online. Contact our curator...