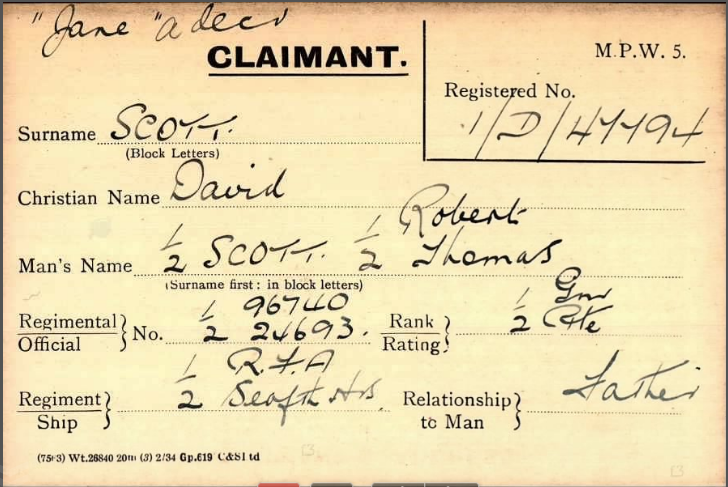 Mr David Scott, Shank of Omachie, by Monifieth, has received intimation that his fourth son, Gunner Robert Scott, Royal Field Artillery, was killed in action on 20th July.  The sad news was received in a letter from the battery-sergeant, who writes :–It is with the deepest regret that I have to inform you that your son Robert was killed in action on the morning of 20th July.  Your lad was a splendid soldier, and most popular with everybody in the battery.

The deceased gunner joined the army a year ago, and left for the front in December, 1915.  Previous to his enlistment he was employed by Mr Donaldson at East Newton Farm.  Mr Scott’s family have done well for the defence of the Homeland.  Two of his sons and a son-in-law are serving in the army.

Can you tell us more about Robert Scott'? Some additional facts, a small story handed down through the family or perhaps a picture or an heirloom you can share online. Contact our curator...