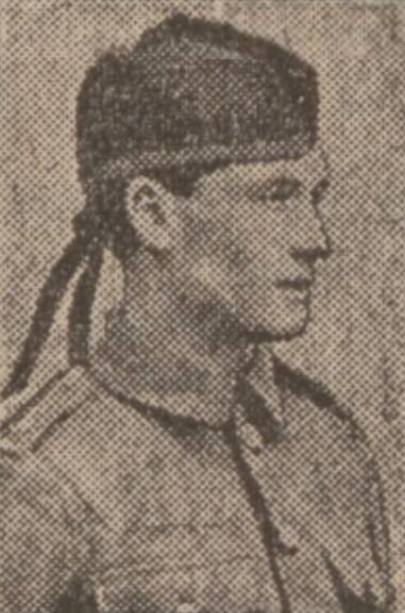 A WORTHY SON OF SOLDIER FORBEARS.

In a letter written to his mother by Lieut. S. H. Steven, and whish she received on Saturday night, the lieutenant pays Private Scott a fine tribute.  He says he looked up to him specially.  There was no danger to be faced and no hardship to be borne but Private Scott was ready to experience when duty called.  He fell at Lieut. Steven’s side.

Private Scott was 21 years of age, and was employed as a printer.  He enlisted in the Gallant Fourth in August.

It was natural that Private Scott should be a soldier, as he came of a family in whom the soldierly instinct was strongly developed.  Both his grandfathers served in the Crimea.  His father was the late Staff-Quartermaster Scott, of the Army Pay Corps, and his uncle, Corporal Matthew Miller, of the Warwickshire Regiment, was killed in Zululand in 1897.  His younger brother, Robert Scott, is a driver in the Army Service Corps, at present stationed in the city.

Can you tell us more about Thomas Scott'? Some additional facts, a small story handed down through the family or perhaps a picture or an heirloom you can share online. Contact our curator...