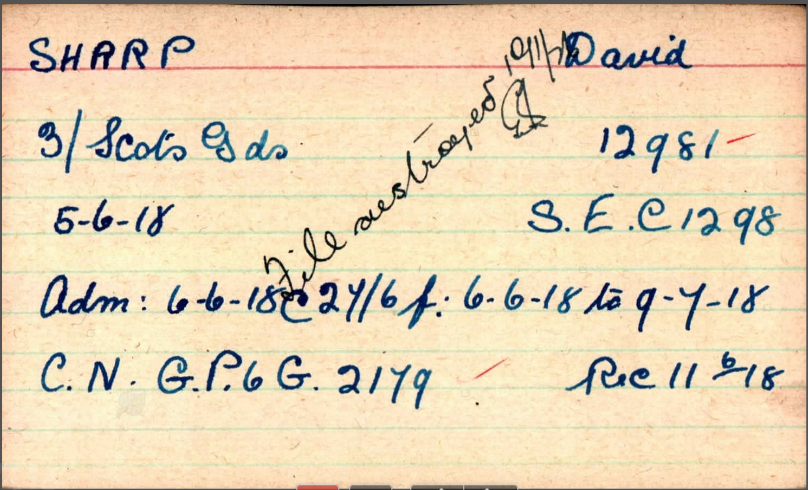 David has no known burial place/country but is remembered in the United Kingdom Book of Remembrance. He was the brother of Driver John Sharp, T4/241792, Royal Army Service Corps, who died 21.09.1918.

Can you tell us more about David Whyte Sharp'? Some additional facts, a small story handed down through the family or perhaps a picture or an heirloom you can share online. Contact our curator...