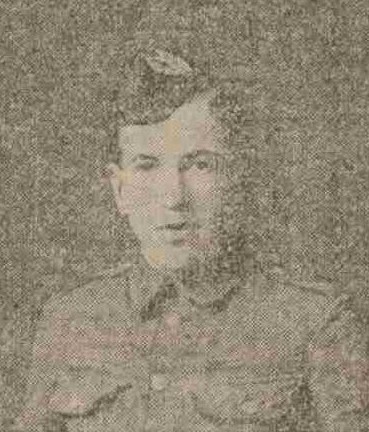 Notification has been received of the death from wounds of Private A. Shepherd, Gordon Highlanders, son of Mr D. Shepherd, 24 Dallfield Walk, Dundee.  Private Shepherd, who was only nineteen years of age, sustained a fracture of the skull, and his death took place a few days ago.

Deceased, who was formerly in the employment of Mr White, Moncur Farm, Inchture, originally enlisted in the Royal Field Artillery in January of last year, but was subsequently transferred to the Gordons.  He had been previously wounded at the beginning of the present year.

Can you tell us more about Alexander Shepherd? Some additional facts, a small story handed down through the family or perhaps a picture or an heirloom you can share online. Contact our curator...