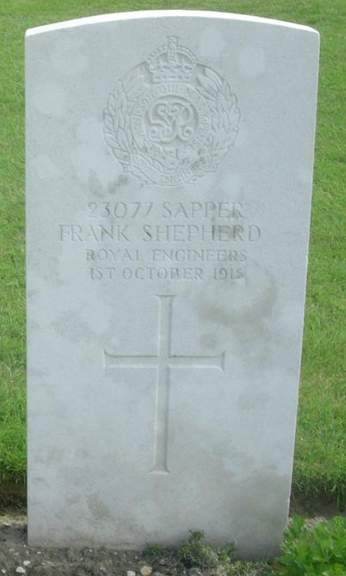 Intimation has been received from the matron of No 29 General Hospital, France, that Sapper Frank Shepherd, R.E., had died there from wounds in the chest.

Sapper Shepherd, who was about twenty-seven years of age was a native of Dundee, and joined the Royal Engineers some three years ago.  He is a brother of Mrs Jack, Station Road, Stonehaven.

Can you tell us more about Frank Haugh Shepherd'? Some additional facts, a small story handed down through the family or perhaps a picture or an heirloom you can share online. Contact our curator...