We need you to tell us more about the life and times of Charles W. Simpson 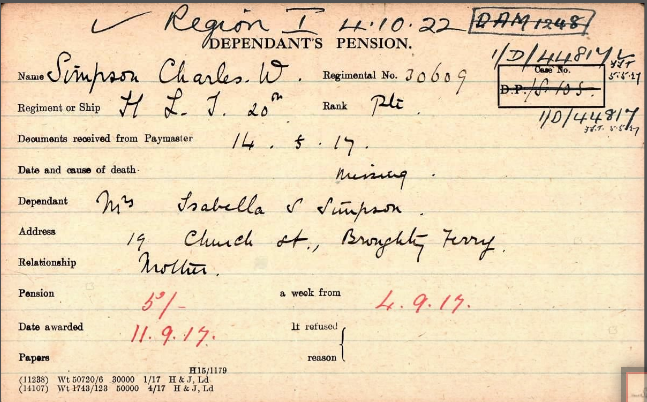 Charles has no known grave but is remembered on the Thiepval Memorial.

Mrs R. N. Simpson, 19 Church Street, has been officially informed that her son, Private Charles Simpson, H.L.I., missing since November last year, is now presumed to have been killed in action.  Another son of Mrs Simpson is at present lying seriously wounded in hospital in England, while a third, in Glasgow, is recovering from illness due to the war.

Can you tell us more about Charles W. Simpson'? Some additional facts, a small story handed down through the family or perhaps a picture or an heirloom you can share online. Contact our curator...