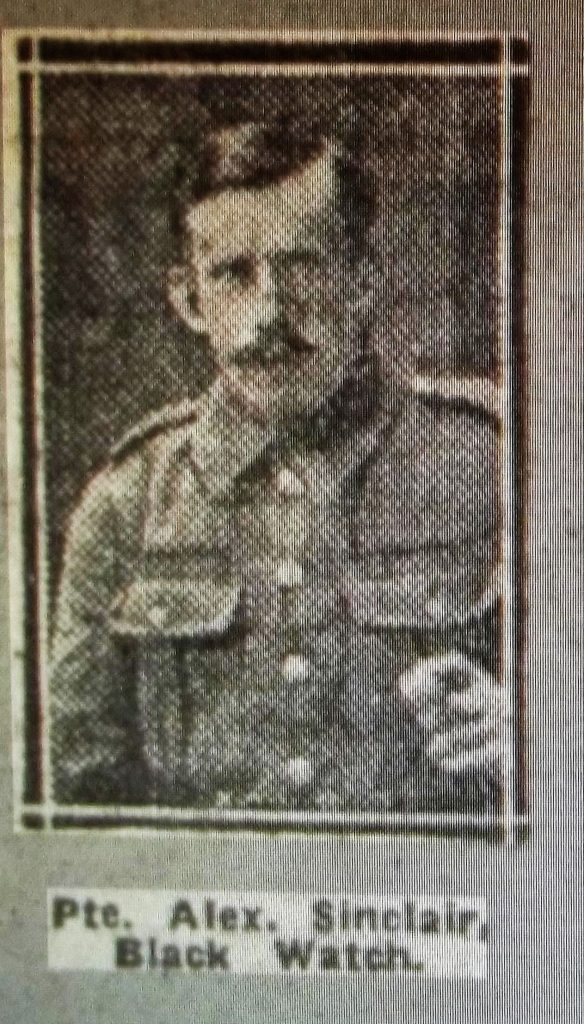 Mrs Sinclair, 13 Annfield Row, Dundee, has received intimation that her husband, Private Alex Sinclair, Black Watch, fell in action in France on the 23rd October.  Private Sinclair was prior to enlistment a miner in the Minto Collieries Cardenden.  He joined the colours in December 1914, and went to France in July last.  He was 29 years of age.

Can you tell us more about Alexander Sinclair'? Some additional facts, a small story handed down through the family or perhaps a picture or an heirloom you can share online. Contact our curator...