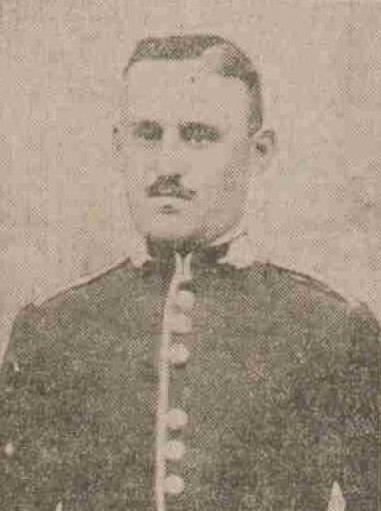 Mrs Janet Bain, 4 Derby Place, Broughty Ferry, has received official intimation that her brother, Private Ronald Smart, Scots Guards, who was reported wounded and missing since 16th May, is now believed to have been killed on that date.

Deceased was a reservist, and while in Alberta, Canada, was called up on the outbreak of war.

Can you tell us more about Ronald Smart'? Some additional facts, a small story handed down through the family or perhaps a picture or an heirloom you can share online. Contact our curator...