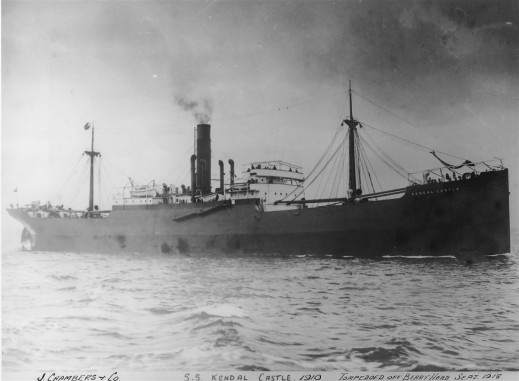 S.S. Kendal Castle was a merchant Steamer of 3,885 tons. On 15th September 1918, she was en route from Le Harve to Cardiff when she was torpedoed and sunk By German Submarine UB-103, 4 miles South East of Barry Head, Devon, with the loss of her 18 man Crew.

Can you tell us more about Henry Stewart Gray Smith'? Some additional facts, a small story handed down through the family or perhaps a picture or an heirloom you can share online. Contact our curator...