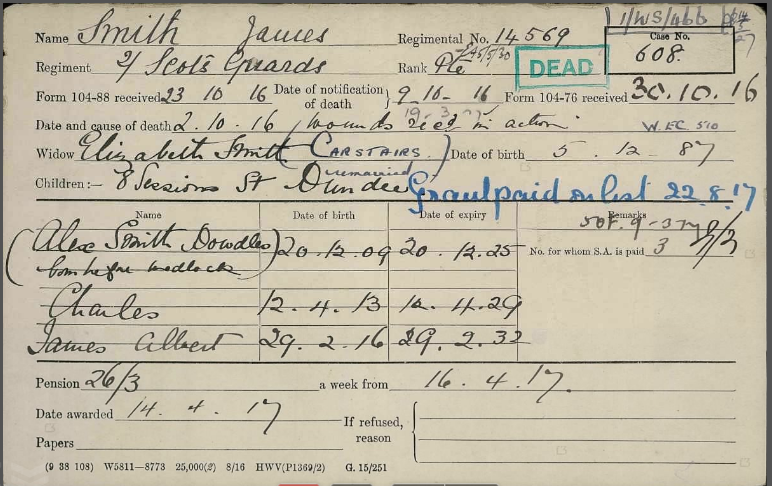 Private Smith sustained gunshot wounds in action on 26th September, and died in a casualty hospital at the front on above date.  The deceased soldier, who was in his 29th year, was prior to enlistment employed as a dock labourer.  He joined the Scots Guards in September of last year, and had seen only five weeks’ active service.

Can you tell us more about James Smith'? Some additional facts, a small story handed down through the family or perhaps a picture or an heirloom you can share online. Contact our curator...